Podcasting. What is it? - Podlab Blog 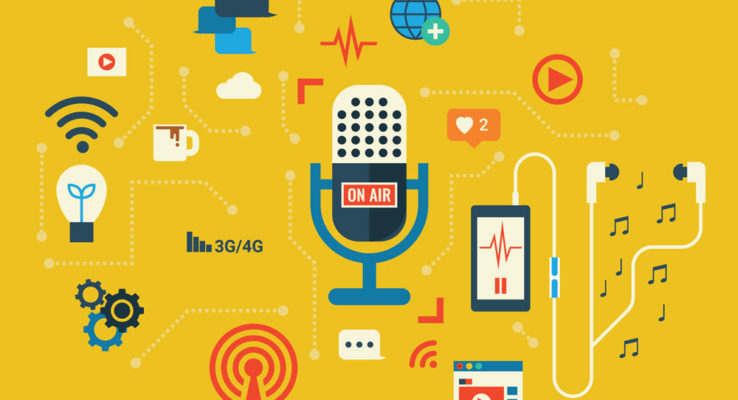 Podcasting. What is it?

A podcast simply put is a recording of a discussion broadcast-ed on the web.There are both audio and video podcasts but audio podcasts are currently the most popular. Podcasts generally focus on a specific topic such as business, health or travel and are often found on iTunes or Spotify but are also hosted on websites. A podcast can be hosted by one or more individuals. Alternatively one may decide to host an interview podcast where different guests are interviewed on each episode.

The history of podcasting dates back to 2004 when it was first developed by a former MTV host Adam Curry and a software developer Dave Winer, however the name ‘podcast’ was coined by a BBC reporter Ben Hammers later that year when he was writing an article for the news. He combined the words iPod and broadcast to form the word ‘podcast’. Then in 2005 iTunes began carrying podcasts by launching their app, which led to a large development in this industry. By 2019 other companies such as Spotify and Sony Music entered and have become major players in providing a platform to host podcasts.

From the development of podcasts in 2005 they have been growing in popularity. However, it was over the last five years this industry really began to boom. It initially took eight years for podcasts to reach one billion downloads but within the last five years by 2018 that number rapidly rose to over fifty billion downloads. According to Edison research and Trinton digital, those who download podcasts spend about five to six hours a week listening to them. One major reason for the growth of podcasts at present is the choice and variety of podcasts available than before. Currently there are over half a million podcasts with Apple hosting over 750000 of them. Another reason for this growth in the industry is because podcasts allow pod-casters to share their passions and skills while allowing listeners to learn about a wide range to new topics and providing a great companion while commuting.

Podcasting is becoming a new way to make money for many individuals today. So how exactly do pod-casters make money ? Podcasts make money the same way all media does, by advertising other companies products. Pod-casters sell adverts on a cost per thousand listeners basis, so, the more listeners you gain the higher the income generated. At present some of the most popular podcasts such as ‘This American Life’ and ‘TED Talks Daily’ make about US$ 70000 per episode.

Have you thought of starting a podcast?

Starting a podcast is much easier than you would think. There are only a few steps you need to follow. First you must choose a topic your passionate about (such a coffee) to talk about in your podcast. Then you can select a format, name and cover photo. Afterwards pick out your podcast gear such as a microphone and begin recording or you can simply book a session in a recording studio and record it. After you record your podcast you just have to upload it to a platform such as iTunes or Spotify where listeners can access and freely download your podcast.

Tags: podcast, podcasting, starting a podcast, what is a podcast